True to SSK’s motto of “Work together, win together”, SSK leadership supports the principle that the result of cooperation is better than the sum of individual achievements. Our world class leadership team share the same principled ethics and values and work to the benefit of employees and members alike.

Francois matriculated in 1993 at Hoërskool Wolmaransstad and went on to complete the following degrees at the University of North West: BCom Accounting, BCom Hons (Industry- & Management Accounting) as well as a Masters degree in Business Administration (MBA). He started his career at Suidwes Landbou in 1997 as Internal Auditor, after which he joined PLK Landbou as Snr Accountant and was later appointed Financial Manager at Boland Agri. After the amalgamation between Boland Agri and WPK he was appointed General Manager Retail (Coastal) and Mechanisation until 2015, when he joined VKB as Executive Director: Commercial. In January 2022 he became the Chief Executive Officer at SSK. Francois is a lover of all sport especially tennis and cricket. His wife Marlene is a born and bred Namibian. They have two children. 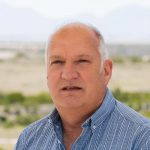 Henk matriculated at Vredenburg High School in 1982. He obtained a BSc Agric degree from the University of Stellenbosch and a Master’s degree in Sustainable Agriculture from the University of the Free State. He started working at SSK as an Agricultural Economist in 1989, after which he was promoted to credit manager in 1997 and later as General Manager of Products. He was subsequently promoted to Executive Management in 2010. 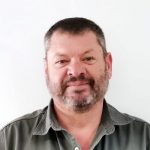 Armandt obtained a National Diploma in Marketing from the then PE Technikon, (Saasveld campus), where after he took up employment at Klein Karoo Cooperative. There he was promoted from Branch Manager to senior Branch Manager responsible for the De Rust- and Calitzdorp retail branches. During 2012 he joined OVK as Manager: Retail South, responsible for retail, fuel-distribution and mechanisation (Claas and Massey Ferguson) in the area. Armandt enjoys mountain biking and rock angling. He is married to Elizma and they have 2 sons.

Adam van Wyk matriculated at Paul Roos Gymnasium in 1998 after which he received his B.Acc and Bcomm Management Account Hons. at the University of Stellenbosch. He also passed his Chartered Management Accounting exams in 2004, after which he specialized in various industries in financial and operations management and gained his broad business management experience. Most recently, he worked as operations manager at Southern Oil in Swellendam. Adam is passionate about growing and dynamic businesses and projects. He is married to Lize van Wyk and has two children, a little girl and a boy. He loves taking on new projects and doing woodwork in his down time.

André matriculated at CR Swart High School in Brandfort in 1990. After school he went on to live one of his passions and immediately joined the SANDF as a Standing Force member. In 1996 he left the SANDF with the rank of Captain. His career in the agricultural industry began at Senwes in 1997 as a Sales Clerk. Later, he served at Senwes and Afgri as Branch Manager at Dewetsdorp, Petrusburg, Marble Hall and Bloemfontein respectively. He completes the MPP and BOP management programs at the University of Bloemfontein. André and his wife Annalise, have two children, a son and a daughter. He spends every moment of his free time living a shared passion, rock and beach fishing with his son. He also loves to work with his hands.

Villiers matriculated at the Boland Agricultural School in 1997, after which he obtained the B.Acc. Degrees at the University of Stellenbosch and B.Compt (Hons) at UNISA. He completed his clerkship at Moores Rowland and qualified as a Chartered Accountant, after which he worked at Ernst & Young in the US, the Netherlands, Namibia, Norway, Ghana and South Africa. Upon his return to South Africa, he also earned the Chartered Financial Analyst qualification and was the Investment Risk Specialist, and later Manager, at Momentum Asset Management (formerly Metropolitan Asset Managers) before joining SSK. He is married to Catherine, a teacher, who shares his love for family, friends, nature and ‘peanut butter milkshakes’. They have 3 children, a twin and a younger brother. 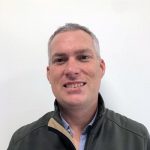 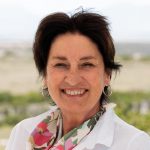 André Joubert grew up in Swellendam and matriculated at Paarl Gymnasium. He obtained a B.Agric. Admin as well as an Honors degree in Agricultural Economics at Stellenbosch University. After his studies he worked in both England and the Falkland Islands. Back in South Africa, he worked at FNB and ABSA as Agricultural Economist for 5 years each and looked after the West Coast as well as the Overberg district. He is married to Sunette and is the proud father of a beautiful little girl and boy. In his spare time he enjoys mountain biking, time with family and friends and of course a nice braai.

Jacques matriculated from Montagu High School in 1995. He completed his post-graduate studies at the then Cape Technikon in 1999 and obtained an ND: Internal Auditing. His career began as an Internal Auditor at Lewis. He then worked as an audit clerk at an audit firm for a year before entering the agricultural sector as Financial Accountant at Bester Feed & Grain Exchange. On 1 September 2004 he started as Internal Auditor / Accountant at SSK, he was promoted to Financial Accountant in July 2008, and in June 2009 to Manager: Administration & Finance, in September 2012 to Manager: Information in the new SSK management structure. He is married to Annemie and has two daughters and a son. He enjoys spending time with his family in nature and enjoys camping. He enjoys playing golf and has a passion for old and new vehicles.

Alwyn matriculated at Overberg High School in Caledon in 1991. After completing his employment, he began his initial studies by obtaining his ND: Personnel Management at the then Cape Technikon, and then completed his part-time degree in Human Resource Management through Unisa. with his accreditation with the SABPP as a Chartered Practitioner. He also completed his Business Administration degree through Unisa in 2015. He started his career as Training Officer for Stellenbosch Farmers Winery, was a Staff Officer at Swartland Group for four years and then entered agriculture as Human Resource Manager at agricultural companies Noord Boland / Boland Agri and SMEs prior to his appointment at SSK as HR Manager on April 1, 2006. He is also a keen cyclist and in his spare time he looks for nature, loves photography and fast cars.

Koos matriculated in 1994 at Langenhoven High School in Riversdale. In 1995 he started working at First National Bank and also obtained his B.Com degree through UNISA. After 16 years in Banking, he joined the SSK branch in Heidelberg as Manager: Finance and Administration at the end of 2010. Koos is married to Adri and they have three children.

Emmie is a native of the Karoo and grew up in Steynsburg where she matriculated in 2001 at Paul Kruger College Private School. She obtained the Degrees B Rec (Cum Laude) and B Rec Honors at the University of the Free State. As a bursary holder, she completed her clerkship at Pricewaterhouse Coopers in Robertson and qualified as a Chartered Accountant in 2009 following the successful completion of both board exams. She started as Accountant at SSK on October 1, 2009 and has been in the position of Senior Manager: Finance since September 2012. She obtained the B Com Law degree from Unisa in 2015. Emmie loves sports and she and her husband Rohan love to play golf and she also jogs to stay fit. They have 2 sons.

Annelie matriculates at Menlo Park High School in Pretoria. She obtained a Masters degree in Psychology from the University of Pretoria in 1992. Previous employers include the Industrial Development Co-operative, Datacentrix and Tuinroete Agri. She is currently Senior Manager: Marketing and Communications at SSK and is the Editor of the Wenakker.

She is married to Fanie, a Clinical Psychologist. They live in Mossel Bay and have 4 children. The whole family shares a passion for the outdoors and enjoys everything nature has to offer.